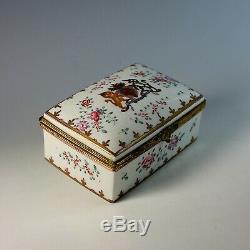 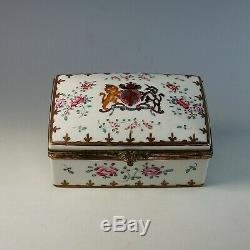 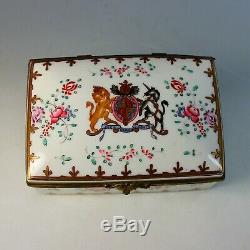 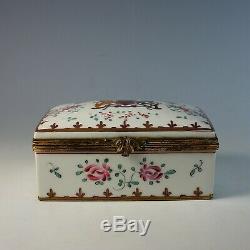 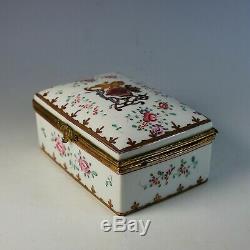 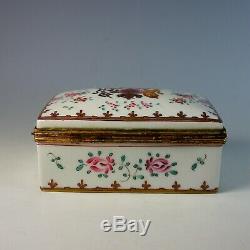 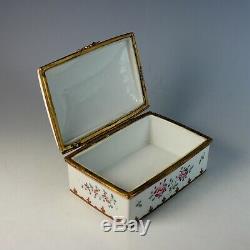 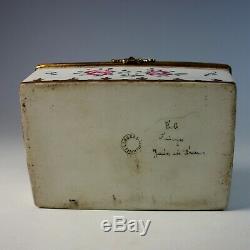 The slightly dome topped Limoges box presented here is an antique from the early part of the 20th century. The box is adorned with pink roses and the British royal emblem, which carries the motto: Dieu et mon droit. Dieu et mon droit is the motto of the British Monarch in England. It appears on a scroll beneath the shield of the coat of arms of the United Kingdom and is also found on every British passport. The motto refers to the divine right of the Monarch to govern and is said to have first been used by King Richard the Lionheart as a battle cry and official motto of battle, then adopted as the royal motto of England by King Henry V in the 15th century.

The box is clearly marked Limoges, made in France and bears the initials E. The box is in very good condition with a sound hinge and clasp. There are no chips or cracks, only flaw is some loss of gilt on the closure.